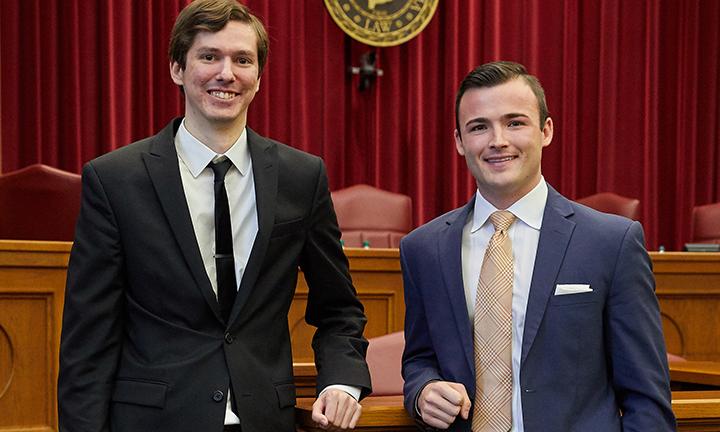 OU Law students this week participated in the annual Calvert Moot Court Competition, sponsored by the OU Law Board of Advocates and the Floyd and Irma Calvert Fund for Law and Liberty. Competitors included 2L and 3L students who researched a case that was argued before the Supreme Court earlier this month (Madison v. Alabama) and presented oral arguments before tournament judges.

1) Whether, consistent with the Eighth Amendment, and the Supreme Court’s decisions in Ford v. Wainwright and Panetti v. Quarterman, a state may execute a prisoner whose mental disability leaves him with no memory of his commission of the capital offense; and
2) Whether evolving standards of decency and the Eighth Amendment’s prohibition of cruel and unusual punishment bar the execution of a prisoner whose competency has been compromised by vascular dementia and multiple strokes causing severe cognitive dysfunction and a degenerative medical condition that prevents him from remembering the crime for which he was convicted or understanding the circumstances of his scheduled execution.

A ruling on the case by the court is pending.