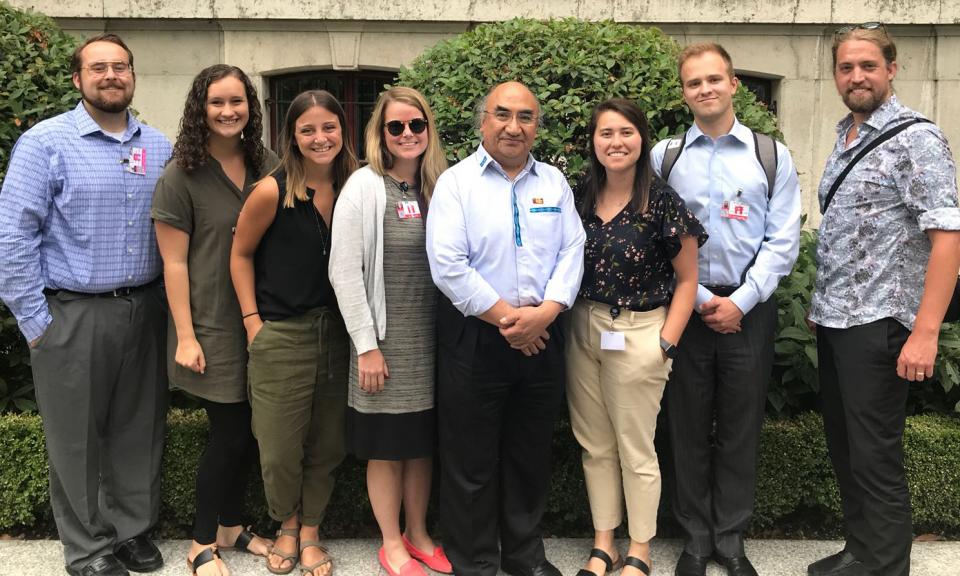 In August, eight students from the OU College of Law participated in an internship at the 96th session of the United Nations Committee on the Elimination of Racial Discrimination in Geneva, Switzerland. CERD is a body of independent experts from various nations who monitor the implementation of the International Convention on the Elimination of All Forms of Racial Discrimination by state parties. Under the convention, all member-state parties must submit regular reports to CERD to demonstrate how each is attempting to meet its obligations to combat racial discrimination.

As interns, we were privileged to attend the session and contribute to the dialogue between the state party’s delegation and the committee members. We worked under Vice-Chair Commissioner José Francisco Calí Tzay, assisting him in reviewing and analyzing reports submitted to CERD by state parties and civil society groups.

At the 96th session, seven state parties were up for review: Bosnia and Herzegovina, China - including Hong Kong and Macau, Cuba, Japan, Latvia, Mauritius, and Montenegro. Each of us was assigned to one country, and in the two weeks we were in Geneva, we became experts on the issues facing our countries. We read reports and identified discrepancies between what the country reported and what appeared factual. We listened to country representatives respond in real time to questions posed by committee members and, based upon the information we read and heard, posed questions and proposed recommendations to the committee that might help these countries better implement the convention and combat racial discrimination.

Working at the United Nations is something we will never forget, and we are grateful to OU Law, Professor Lindsay Robertson, and Mr. Calí Tzay for providing us with this unique opportunity. Of course, being in Switzerland was incredible, but more than that, to have had the opportunity be in the room and at the table among leaders and experts in the international community is an experience that has shaped our legal education and will continue to shape us as we move into our legal careers.