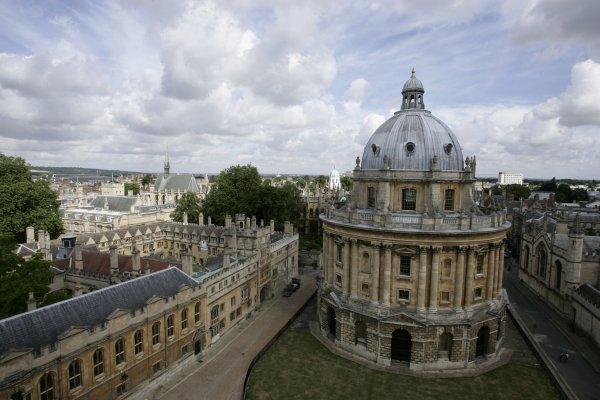 One of the best parts of my Oxford experience was the opportunity to explore new cultures through traveling both before and during the program. A group of friends and I decided to plan a trip to Italy before commencement of classes in Oxford. After flying into London and dropping off most of our luggage with a section-mate’s very generous parents, we hopped right back on a plane to Italy.

After an overnight stop in Milan, and our first of many experiences with the European phenomenon know as “trains”, we found ourselves on the beautiful Italian Riviera. We stayed along the coast in one of the five villages of Cinque Terre. While there we enjoyed remarkable views, succulent dishes, and a really long hiking adventure.

At the end of our first stop on our tour, I told myself, “I have to come back.” This turned out to be one of the ongoing themes of my entire Oxford trip.

After leaving Cinque Terre by rail, we headed inland into the hills of Tuscany. At this point, we rented a car and took our chances on the Italian highways. As the only member of the troupe who could operate the manual transmission (kids these days), my fellow travellers put their lives in my hands as we wound through the mountains to our incredible apartment near San Gimignano, approximately forty miles south of Florence.

We took up residence on a hill, overlooking a breathtaking valley filled with vineyards, olive orchards, small farms, and the Tuscan sun. Highlights from this portion of the trip included visits to several medieval towns, the taste of real gelato, enjoying the Fourth of July cliff-side at an amazing restaurant, and the comedy of errors associated with driving and parking in Italy.
We flew back from Italy and arrived in Oxford, joining the rest of the group to begin our studies. It was clear from the beginning that there would be two phases of the program: the time during the week in Oxford, and the weekends.

Classes during the Oxford program do not meet on Fridays, giving students the chance to travel. Most of our group took advantage of that opportunity. Come Friday morning, different groups would depart to destinations both within the United Kingdom and beyond.

This year students travelled to London, Edinburgh, Dublin, Paris, Brussels, and Amsterdam. Several groups also took day-trips from Oxford to surrounding attractions such as Stonehenge and Bath.
One of my most memorable trips was to Edinburgh and St. Andrews in Scotland. A few of us also had the chance to attend the British Open, which was a great, and very wet, time.

I also enjoyed trips to London and Amsterdam, primarily because a large group of us traveled together. While seeing new parts of the world was amazing, I think one of the best parts of my travels during the Oxford program was the experiencing it with friends, both old and new.