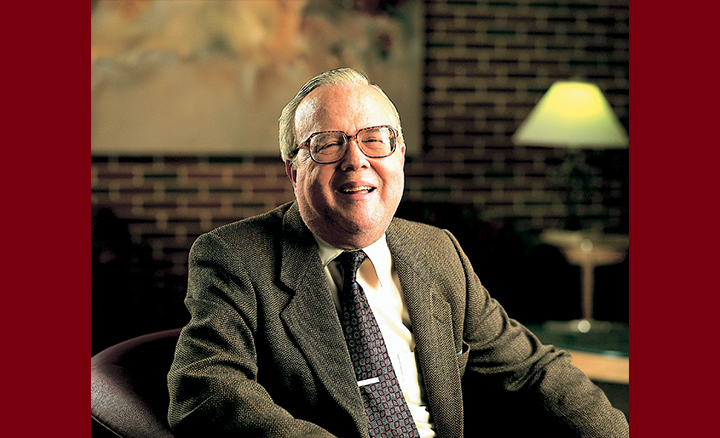 Osborne M. Reynolds, who served on the OU College of Law Faculty from 1968 to 2002, passed away on September 4, 2020. Although retired, he continued his affiliation with the College, maintaining an office in the Emeritus Faculty wing. Professor Reynolds taught courses in land use planning, local government, regulated industries, and torts. He was a member of the Order of the Coif, Phi Betta Kappa, Phi Alpha Theta and the American Bar Association.

“He was a wonderful colleague, an exceptional scholar,” said Interim Dean Katheleen Guzman. “He was able to travel – his great joy in life – until recently; he loved to dine out, watch movies, send books and birthday greetings, usually with his signature closing: “many happy returns.” Halloween may have been his favorite holiday, for which he always decorated. He loved his students, and they, him.”

Please read an excerpt from the obituary written by Justice Dustin Rowe:

Professor Reynolds authored all five editions of Local Government Law, West Academic Publishing, 1982-2019. He also authored and co-authored numerous articles and other works. Professor Reynolds was well-traveled, having visited over one hundred countries and all seven continents.

Professor Reynolds’ full obituary, along with any future memorial service announcements, can be found here.