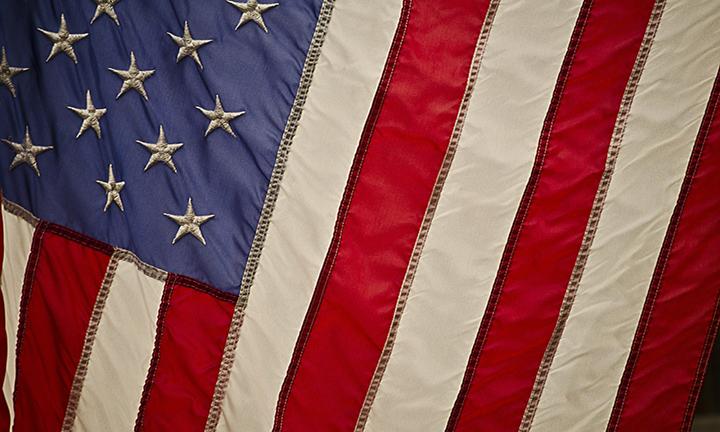 This Veterans Day, as we honor and remember the men and women who have selflessly served their country, we recognize members of the OU Law community who have also chosen the path of military service. As a tribute to their service, we asked several individuals to share what they found valuable from their military career and the impact those experiences had on their pursuit of a legal education. 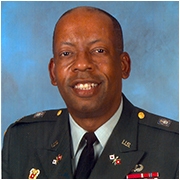 Stanley Evans, Assistant Dean
Colonel, U.S. Army (retired)
I served in the U.S. Army for almost 32 years. I enlisted as a private, achieved the rank of colonel and served in Vietnam as a company commander. I then went on to become the first African-American commander of Ft. Leavenworth, Kansas, followed by becoming the first African-American dean of the Army’s command and general staff college. My Army service completely reshaped my life. I went from being a college flunk-out to all of the above. Truly, the meaning of “be all you can be” epitomizes my story. 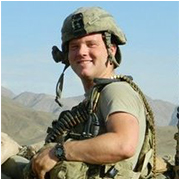 Bradley Congdon, 3L
Staff Sergeant, U.S. Army
I was a non-commissioned officer in the Army, so my service was dominated by taking care of my soldiers. To do that, I had to learn to make their problems my own. The ability to take on someone else’s problems and really care about the outcome is so important. I’ve seen the same thing in the legal world. The best lawyers, like the best soldiers, really care about the work and the people they work for. My time in the Army really reinforced the importance of actually caring about the work I do. 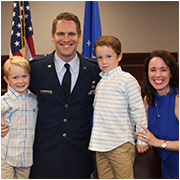 Brent Dishman, Assistant Dean of Student Affairs
Lieutenant Colonel, U.S. Air Force Reserve
There’s no better way to serve our country than as a uniformed service-member and no better place to practice law than in the JAG Corps. Whether in the courtroom, commander’s boardroom or standing in front of a formation of airmen, military service provides countless opportunities and challenges. I count myself lucky to have been able to give back and serve my country for the past 22 years. 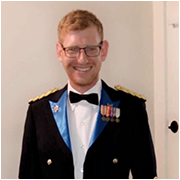 Chris Fry, 1L
Second Lieutenant, Oklahoma Army National Guard
Service, to me, has always meant helping others. It’s been a privilege to serve in the Army over the last nine years, and I’m grateful to those soldiers who helped and invested in me. Their service was instrumental in my life, and I like to think that through my legal career I can help others the same way. 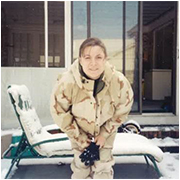 Darla Jackson, Research and Electronic Resources Librarian
Major, U.S. Air Force
Military service taught me how to lead, work as part of a team and be more adaptable. Serving as an area defense counsel also provided me with the chance to learn from and help other military members who had different backgrounds. I certainly felt that I served my country best when I was working to see that other members of military were treated justly and fairly. The military provided me with the opportunity to return to school and earn an LL.M. in International Law, and when my service ended, the G.I. Bill allowed me to attend Library School. My military experience allowed me to see every position as an opportunity for learning, and I am continuing my learning at OU Law as I pursue the LL.M. in Indigenous Peoples Law. 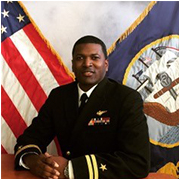 Rob Jackson, 2L
Lieutenant, U.S. Navy
Service to this country for the last 14 years has been one of the greatest honors. I never realized I would stay in it this long, but to know that I am a part of something so much greater than myself means the world to me. Anyone who knows me knows that I have a passion for service, and I can think of no better way to serve. Ironically, my service has led me to take a break from law school, but I will say that the military has taught me that quitting is not an option, and I look forward to the day I can return and finish my J.D.

David Swank, Dean Emeritus
Major, U.S. Army
As Veterans Day approaches, one thinks back to their time in the military. I always thought it was a privilege to serve our country as a member of the armed forces and not just an obligation one must fulfill. It has been a family privilege to serve in the military, as my father-in-law, two brothers and a sister all served in the military during World War II. One brother also served in Korea. I spent most of my 14 years in service in various voluntary units within the military, including the 11th Airborne Division, the 101st Airborne Division, the 187th Airborne Regiment and Special Forces. These were all great organizations and the wonderful individuals with whom I served were dedicated to serving their country. I hope that all our citizens will thank those who are presently serving in the military on this next Veterans Day for their dedication to our country.

To all military members within our OU Law community – we thank you for your service.

Individuals listed in this post submitted their name and military rank to the OU Law communications team for publication. This list may not include all members of the OU Law community who served in the U.S. military.