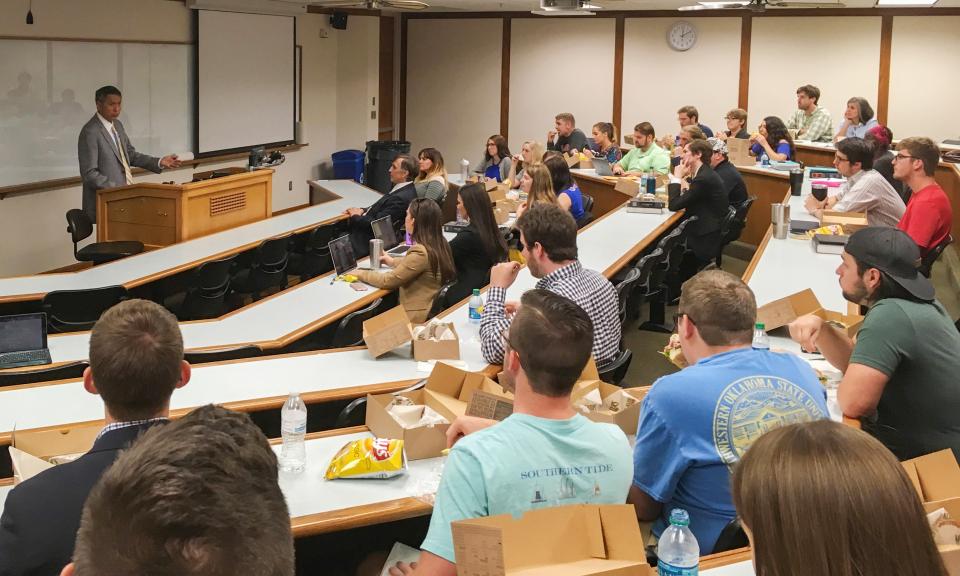 Logan talked to students about his professional background, particularly his experience in the securities industry. Earlier in his career, Logan worked in New York specializing in both asset-based financing and asset management. As a lawyer, he practiced in aircraft, shipping and equipment finance at Messrs. Schulte, Roth & Zabel. As an investment advisor, he focused on institutional asset management at the Merrill Lynch Private Bank and his own firm, The Nations Group, LLC.

He also spoke on how he recently finished public service as Special Trustee for American Indians at the U.S. Department of the Interior. Nominated by President Obama and confirmed by the U.S. Senate in 2014, Logan is the fourth person to hold that office. Calling on his financial and regulatory background, he led the Office of the Special Trustee in reaffirming its position as a leader in government accountability, Indian Trust reform and Interior oversight mandates. 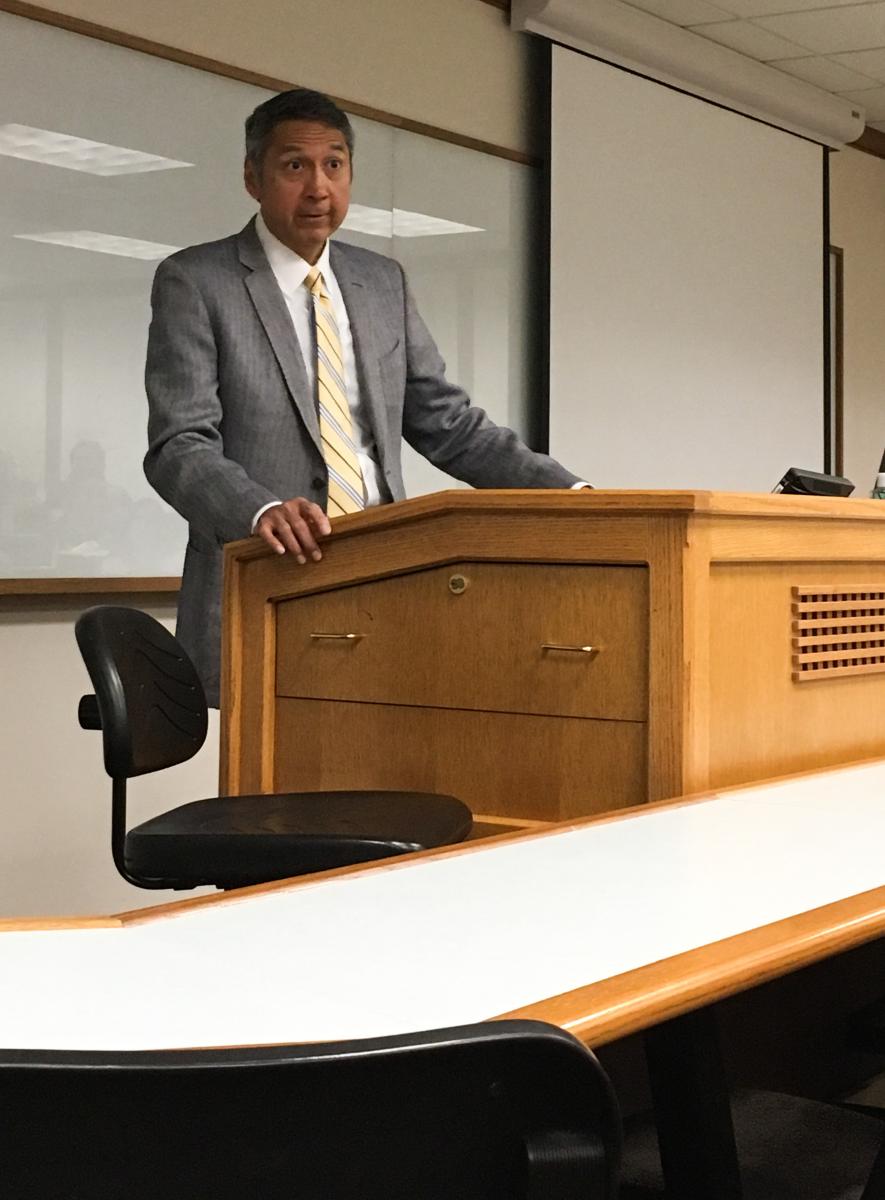